1. Tuna are pretty interesting fish because there are so many different types. Just off the Kona coast, there is the Yellowfin Tuna as well as the Albacore, Skipjack, Big Eye, and Bluefin. These facts will be about all of sorts of types of Kona tuna fish.

2. Tunas often school together. The yellowfin tuna in particular has a strong tendency to school with other tunas, especially ones around the same size. 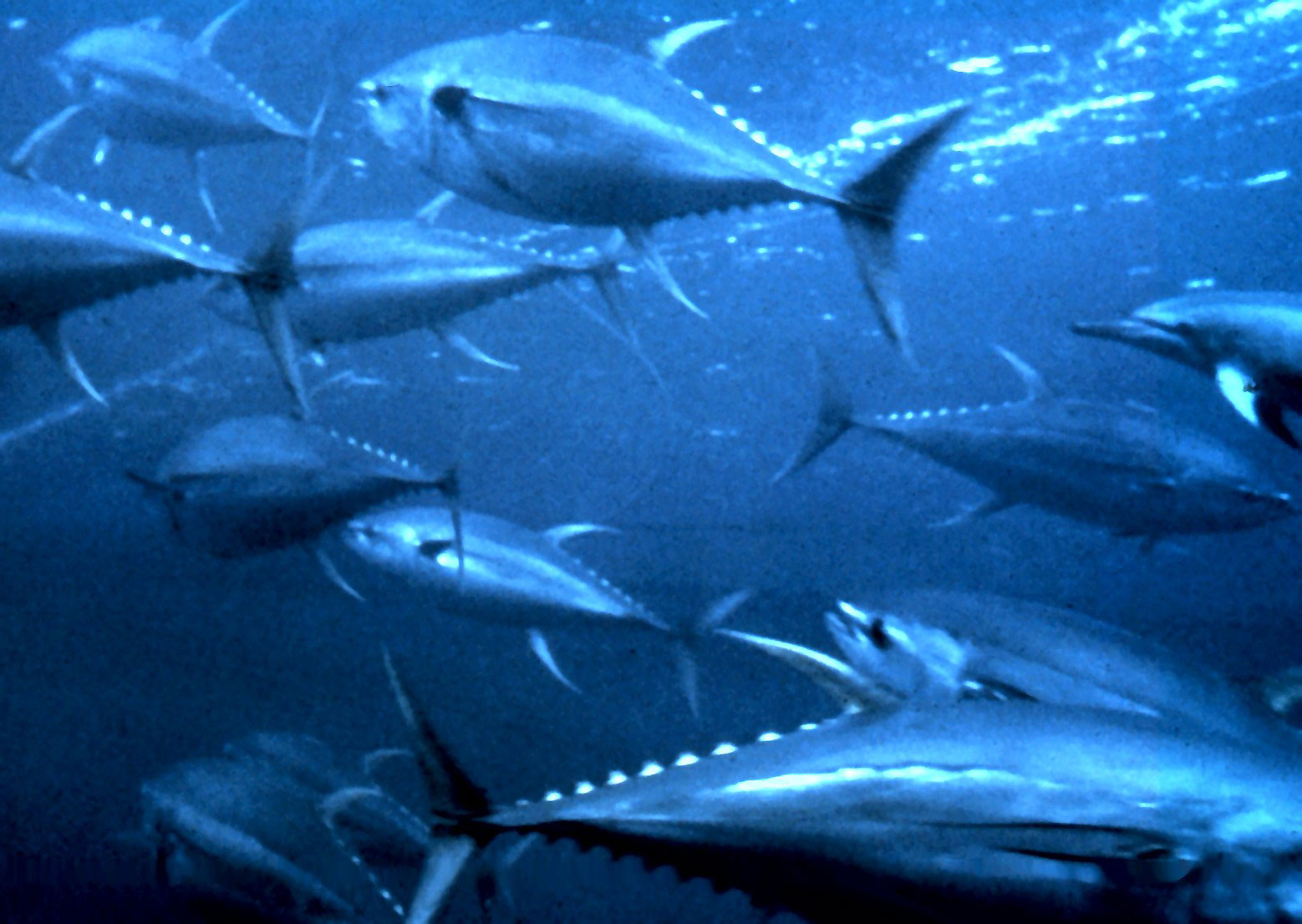 3. Tuna are migratory species, especially yellowfin tuna, which is considered “highly migratory”. Yellowfin tuna are found all over the world and can travel across an entire ocean. The Pacific Bluefin Tuna, typically found in the North Pacific, have been discovered as far as the South Pacific, which demonstrates their traveling capacity.

4. Food habits of the tuna are relatively the same across the species. The tuna will swim near the surface of the ocean to look for food, however they can also dive to the depth of 3000 feet to search for their next meal. They prefer to eat small fish that range from 1.5 inches to 6 inches, but will also eat squid and crustaceans (including crab larvae).

5. The average size of the tuna varies, but overall the Tuna is a large fish. It can reach the length of 6.5 feet and weight of up to 550 pounds. There is a recorded record of a tuna that was 21 feet long and weighed 1600 pounds.

7. The tuna’s appearance is one that is considered sleek, streamlined, and adapted for speed. There are two dorsal fins on its back, very close together, although the first is depressible. Depressible means that it can be laid down in a groove on its back. There are also little fins that run from the front dorsal fins to the tail. The tail is curved although tapered at its ends. The caudal fin is thin with keels on each side. The dorsal side of the tuna is metallic blue while the ventral side is silvery or whitish. However this appearance varies amongst the different types of tuna fish. The Yellowfin tuna, as its name implies, is more yellow than the other species. There is a golden stripe that runs along the side of the Yellowfin. The second dorsal and anal fins and finlets are also bright yellow. Skipjack tuna, on the other hand, dark purple-blue backs while their lower sides and bellies are silver with four to six dark bands.

8. Tuna fish have a unique network of small arteries and veins near the muscles that warm the blood. The warm blood allows the fish to swim quickly in the water, it also increases the tuna’s strength. It needs this because tuna breathes oxygen from the water which makes it necessary for Tuna to swim constantly.

10. Mating season of tunas depends on their geographic location. But when a female tuna spawns, one single female will release 30 million eggs. Typically, only two of those millions will survive until adulthood. Most eggs will be eaten by other fish and marine life. The average lifespan of all the different species of tuna is the maximum lifespan ranges between 15 and 30 years in the ocean.

There are even more amazing facts about the Tuna fish. When you come fishing with us out on the beautiful Pacific at Kona Fishing Charters, we’ll answer all of your questions about Tuna (or any other Kona fish) as best we can. But there’s nothing like seeing the Tuna fish for yourself, especially once you hook it and bring it aboard the boat!

Next time in our series of Kona fish facts, we’ll give you some interesting facts about the Black Marlin, another Kona fish you will probably see when you come out to fish with us at Kona Fishing Charters! Call us at (808) 960-1424 to book your fishing trip!