How Did Ancient Hawaiians Fish? 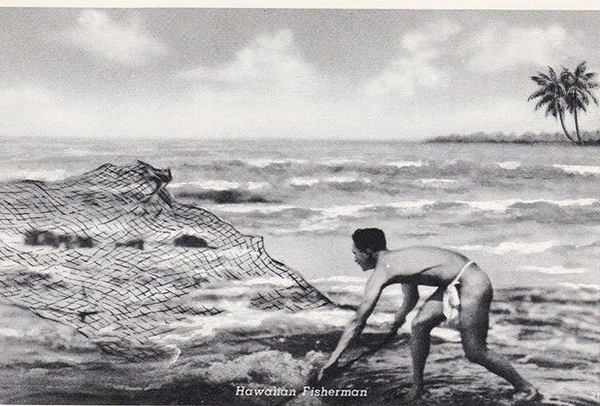 Fishing in Hawaii is an ancient tradition with roots in many different indigenous cultures across the Hawaiian islands. Native Hawaiians depended on the ocean to provide them with food and fun. From working with a torch and spear to the fishing vessels we use today, fishing has always been a part of the Hawaiian islands.

In today’s Kona Fishing Charters blog post, we’ll discuss how ancient Hawaiians depended on the ocean for resources. Not only that, but we’ll also discuss how Ancient Hawaiians fished. Since we angle fairly differently today, we thought it’d be interesting to look at the differences between fishing that occurred in ancient Hawaii and today.

How Did Ancient Hawaiians Fish?

The ancient Hawaiians fished based on the phases of the moon. Keen astronomer (in a sense) Hawaiians understood that there was a relationship between the moon and the ocean. They could tell that the moon’s phases impacted fishing activities after observing the moon’s phases. Hawaiians used a variety of fishing techniques in order to catch fish to feed themselves and their families. Hook and line was a typical one used to catch sharks, octopus, and medium sized fish. The hooks could be made out of bone (human or animal), pearls, turtle shells, wood, or even ivory from a whale. And they were shaped into hooks by tools that were made up of stone or shells. But Hawaiians didn’t only make hooks, they also made artificial lures. Some of the most infamous lures were made up on cowrie shells and passed down through generations of Hawaiian fisherman.  Live bait was also used in order to lure fish onto the hook. Just like now, shrimp, fish, and crab meat was used to bait schools of fish to the hook.

Traps were another common tool used by Hawaiians. These traps would look like baskets and were used to catch numerous smaller fish all at once. Women used these to trap shrimp in streams placing the baskets under natural debris like leaves and branches that shrimps would hide in.

The favorite fishing method of Hawaiians however was not any of the above. It was net fishing. Nets were easier for Hawaiians to use because it allowed them to grab many fish all at once in a variety of situations. Nets could also be used as a group, making one large net spread in a large body of shallow water near the shore. 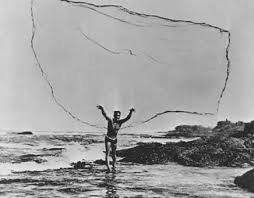 Nets could be made out of plant fibers or thick rope depending on what the fishermen were looking for. Interestingly enough, many times, fishing nets and lines were dyed in order to become less visible in the water. There is a red hibiscus plant called the Koki’o on Hawaii that produces a purple dye that makes the fishing lines and nets invisible to the fish.

Ancient Hawaiians also developed a unique type of aquaculture with “fish ponds” to supplement food during times where food was scarce. These “ponds”were made up of massive stone walls that surrounded enclosed inlets. The walls were curved and angled downwards with sluice gates built in. These gates allowed small fish to enter from the ocean but also prevented bigger fish from leaving. During high tide, more fish would enter, replenishing the food source.

Ancient Hawaiians had a spiritual connection to the ocean, and many modern Hawaiians still do. If you’ve visited before, or when you visit, you’ll feel the sense of protectiveness and giving that the ocean embodies here. The ocean gave Ancient Hawaiians protection and sustenance and Hawaiians respected the ocean for this. A successful fisherman was and still is a valued asset in the Hawaiian community. But there was more to this than just respect. Most Hawaiians believed that the spirits of their ancestors lived in the fish and other creatures in the Pacific Ocean. Each family had a connection to a particular kind of fish – if a family had a connection to sharks, for instance, they believed that the spirit of an ancestor could appear as a shark to them while out in the water. This shark wouldn’t hurt them but guide them to safety or chase fish into their nets. Not all sharks were their ancestor though, it just meant that their ancestor could ‘jump’ into any shark’s body to protect their descendant(s). But killing or eating a shark would be disrespectful to their ancestors so they would abstain from doing so, under worries that their ancestor might punish them with illness or death for doing so.