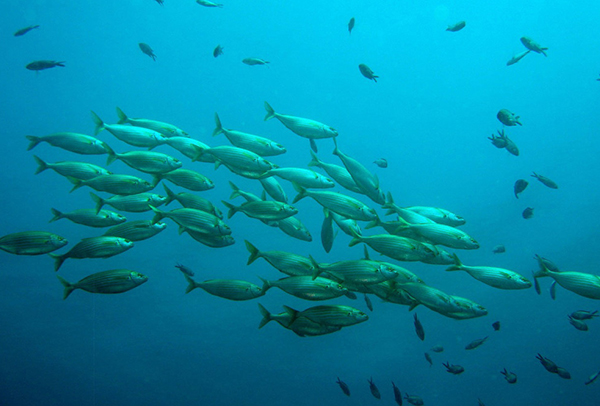 What is Deep Sea Fishing?

Deep sea fishing is when you go fishing off the shore in the deep waters. There should be at least 30 meters of depth. It is synonymous with offshore fishing, big game fishing, and sports fishing. An angler will be attempting to fish for a large open-ocean, big game species of fish as a fun challenge when deep sea fishing. It’s a fun adventure for any angler to attempt. The tips below should help it make your fun adventure a success!

Make sure to keep an eye on your surroundings and work with nature. 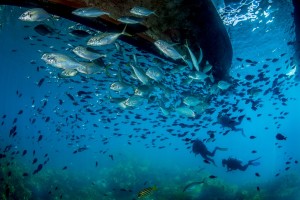 If you see any debris or floating wood, check it out! Large game fish often linger around debris and floating wood.

Circle hooks are great for several reasons. One, there’s a higher hook up ratio guaranteeing that you have a good hook up ratio, and  allowing you to catch more. Second, circle hooks are better for the fish because they hook the lip not the gut. So if you’re trying to do catch and release, that makes this option even better.

Smaller fish live near reefs making those locations really great fishing hot spots, for both you and the big game fish you’re aiming for. Big game fish go there for a snack quite often so you’re bound to catch something great if you wait it out at a reef.

If you’re the type who often gets sea sick, or if you want to be prepared in case the waves are extra choppy, it’d be good to know what to do in case you start feeling sea sick. The first thing is to stay on deck and watch the horizon. Watching the horizon helps you center yourself and feel more at ease. If you can, bring ginger ale or other types of ginger snacks with you on the charter boat. Ginger helps combat nausea. And stay away from boat fumes which will only make your nausea worse.

It’s important to work with whoever you go with on a deep sea fishing charter boat. The experts on your boat can give you great advice that is unique to your fishing area. They’re also there to be in control during an emergency situations. They’ll go over boat safety with you as well as where the best fishing hot spots are – the captain and crew are always there to help fellow anglers. 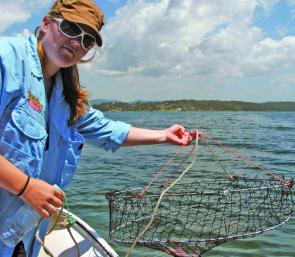 Crabs shed their shells during full moons, causing their predator, such as stripers, to come after them. If crabs are something the fish in your area like to eat, you should definitely consider using soft crab imitations as bait. You’ll have a lot of success.

Make sure to go to where the fish are, large or small. If the smaller fish, the food of the larger fish, aren’t where you’re set up to fish for big game fish, why would the big fish show up? They need their meals.

As you keep an eye in the water to look for fish large and small, keep an eye on the sky as well. If you see birds fishing on small bait fish, there are probably larger game fish below the surface that you can catch.

If you’re having trouble or want to know more about deep sea fishing, ask your captain or crew! Or, if you’re not yet on the boat, and want to learn more beforehand, go to our FAQ page or read through some of our other informative blogs on fishing.

We hope this list of deep sea fishing tips help you out when you go deep sea fishing. But where else would you go but to the Kona Fishing Charters when you want to go deep sea fishing off the Hawaiian coastline. There are lots of sport fishing all year round, and you can’t go wrong with the beautiful weather while you angle for your favorite sports fish. Call us at (808) 960-1424 to book your fishing trip on the Pacific! 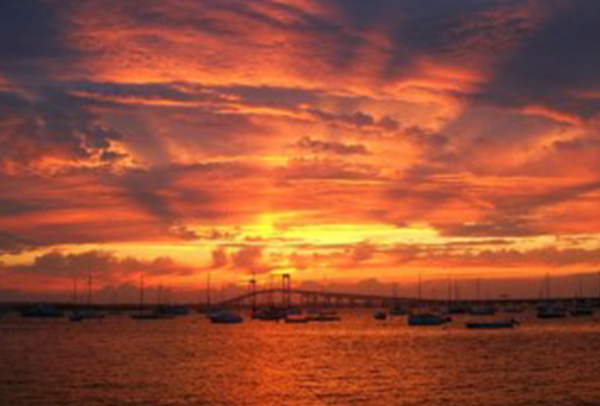 There are many different fishing proverbs that have been in use for centuries or more. But where did these familiar sayings come from? What do they really mean? In today’s blog post we collected two different fishing proverbs and researched the origins of each of them. Most of these origins are muddled and oftentimes confused for ancient sayings but this isn’t always the case.

For instance, the well known fishing proverb, “Give a man a fish, and you feed him for a day. Show him how to catch a fish, and you feed him for a lifetime” has often been attributed to an ancient Chinese proverbs, although it’s also been mistakenly said (by the reputable Oxford Dictionary of Quotations of all places) of being from this past century. Actually, both are very, very wrong, although the Oxford Dictionary is closer on the timeline. The proverb originated from a British novel in the 19th century. A young woman named Anne Isabella Ritchie wrote a book called Mrs. Dymond in the 1880s. This book included this passage: “He certainly doesn’t practise his precepts, but I suppose the patron meant that if you give a man a fish he is hungry again in an hour; if you teach him to catch a fish you do him a good turn.” While it is possible that it could still be older than that, it was most likely coined by Anne Ritchie in her novel.

Of course, what does this proverb even mean? Simply put, the proverb is a metaphor about teaching people how to take care of themselves. As we know, fishing is a great sport but also a great skill to have. If you were ever on a boat and couldn’t get to food but had a fishing rod with you, you’d be able to feed yourself. Someone who doesn’t know how to fish might struggle with feeding themselves in that case. So teaching someone the skill of fishing, or any skill at all, is much more likely to help them than giving them in the long-run then a short-term handout.

Onto our second proverb, which might even be more familiar than the last one. “Red sky at night, sailor’s delight. Red sky in morning, sailor’s warning,” is something many have heard anytime they’re on the coast, planning to swim, or on a boat. But where did this proverb originate? Is it true? And what does it exactly mean?

Well, this proverb is from one of the oldest written sources – the Bible (Matthew XVI: 2-3). Shakespeare also said something similar in his play Venus and Adonis, “Like a red morn that ever yet betokened, Wreck to the seaman, tempest to the field, Sorrow to the shepherds, woe unto the birds, Gusts and foul flaws to herdmen and to herds.”

This is an old proverb that has been popular and in use for centuries if not longer than that. People have been using the sky to predict any changes in weather and the sea since sailing began. And it was a necessary precaution, both sailors and farmers depend on the weather for safety and sustenance.

So they looked to the sky and came up with weather lore. But is that proverb correct? Is a red sky at night a sailor’s delight and is a red sky in the morning sailor’s warning?

Well, according to science… sort of. 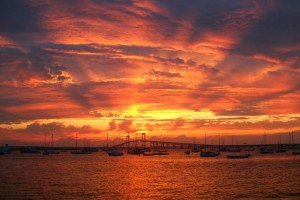 When there’s a red sky at night this means that the sun, that would be setting, is sending its light through a high concentration of dust particles. But what does that mean? Basically this indicates that the upcoming weather will be good. There will be a high pressure and stable air coming in from the west allowing you to have a nice day of sailing and fishing on the sea, making it a sailor’s delight.

However, if you wake up and see a red sunrise that might mean all the good weather has already passed by. The high pressure system probably already passed by and now you might be only getting a low pressure system, coming from the east. Also, a very, fiery red typically means that there is moisture in the air. And if there’s moisture in the air, there’s a high likelihood that means it’s going to rain and possibly even badly storm. Which, of course, indicates a sailor’s warning.

So watch the sky when you out on the water, but don’t worry. On the Kona Fishing Charters, we’ll make sure you don’t have to worry about the weather. The only thing you should be concerned about are the awesome sportsfish you’ll be catching. If you’re interested in Kona fishing charters, call us at (808) 960-1424!